Since there’s no point pretending that anything else is going on inside my head this week, here is today’s Plinth Bulletin.

Until this morning, I had still been toying with the “smart suit” option. Then I remembered this T-shirt, buried in the unironed laundry pile (albeit a negative image thereof, with white graphics on a black background): 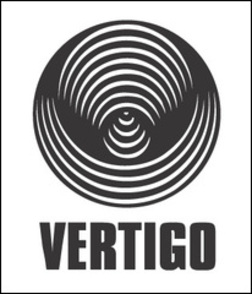 (Did I ever mention, back when Troubled Diva was a byword for grisly TMI, that precipitous altitude has always made my testicles tingle, in a way that makes me feel like they’re about to liquify? Well, now you know. Is it just me who suffers from this unlikely side-effect, or is it a recognised syndrome, like sneezing when you think about sex?)

Sourcing a pub where my 68 year-old mother and my “edgy”, “directional” London friends will feel equally at home, in an busy area of town, at a busy time of day, has been a challenge – but I think I’ve found somewhere that will do nicely.

The Ship & Shovell (one amusingly slipped consonant in front of my mother, and I’m a dead man) is situated at 1-3 Craven Passage, WC2N 5PH. It can be reached by turning down Craven Street (to the right of the Strand before you get to Charing Cross), and then hanging a left down a narrow alleyway. A couple of steps beyond the pub, and you’d be underneath the Arches below Charing Cross station (and in close proximity to a venue called “Heaven”, whatever that might be).

Here’s a map, and here are some photos. Note that there are two bars: one on either side of the alley. We’ll be in the larger bar. It doesn’t serve food in the evenings, but the beer looks good.

As I’ve been going through the inevitable “nervous host before cocktail party” phase, it’s most comforting to hear from friends, readers, colleagues and relatives who will definitely be turning up, or streaming from afar. Facebook lists 28 definites and 19 maybes, and the download stats for the mix MP3 are already looking good. As participation is fundamental to the concept, this is all very welcome – and greatly appreciated.

K asked me tonight if I was nervous, and I suppose I am in several respects – but it’s a necessary (and hence almost comforting) nervousness, as opposed to pointless catastrophising. One thing that I will need to watch for is excessive playing to the gallery. While the first song and the last song have been explicitly chosen to make a connection with the dancers in the square, I’d like to spend most of the rest of the hour remaining true to the original brief: dancing with honesty, like there’s nobody watching. It’s Antony Bloody Gormley, not Britain’s Got Bloody Talent.

In my one concession to the concept of “props”, K has knocked me up a nice little laminate. This contains basic instructions for the start of the hour, most particularly the URL of the mix, which I can wave at the cameras before starting the music. This might help to bring a few more web-streamers on board.

BONG. (Oops, it’s midnight already. The rest can wait. A pledge is a pledge.)