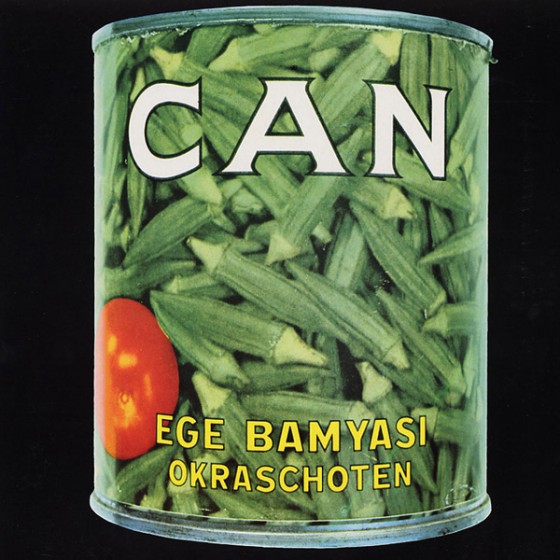 An old friend, who loves Can in a way that I seem unable to (we’ll come back to this later, I’m stalling for time), went to see them in 1973. Arriving at the venue early, he wandered into the dressing room, which had no security, and fell into conversation with the person nearest to his own age. It took him a while to get round to asking what connection this person had with the band. “Oh, I’m the singer”, was the casual reply. Later that year, Damo Suzuki – for it was he – left the band (for good) and the music industry (for ten years).

In 2002, just as Can’s classic albums were finally being added to the established rock canon, I went to see Damo Suzuki at a small venue in Nottingham, playing his first gig outside London in fifteen years. On stage for well in excess of two hours, his five-song set swung between transcendence and tedium. Towards the end of the show, while the band chundered on, he came down from the stage and hugged each audience member individually. “It was a lovely, big, warm, sincere, proper hug – if a little moist (especially in the hair department)“, I blogged.

A couple of years later, Can’s fourth album was remastered and re-released in the short-lived SACD format. K doesn’t buy many CDs – well, he hardly needs to – but he snapped this one up, mainly for in-car purposes. He still plays it in the car to this day. It’s one of those albums – like King Crimson’s Red, Captain Beefheart’s Trout Mask Replica, Yes’s Tales From Topographic Oceans – which he keeps mostly to himself.

I’ve listened to Ege Bamyasi four times since its number came up on Friday, with steadily increasing degrees of concentration and frustration. Why the frustration? OK, perhaps it’s time to level with you; I’ve never had much of an ear for Krautrock. In theory, the genre represents a perfect triangulation of elements that should, by rights, be bang up my Straße. (Plus, fuck it, I studied German for four years at university; how much more context does a man need?) In practice, I rarely progress beyond polite appreciation, with a particular leaning towards the more metronomic, proto-dance end of the genre.

Ege Bamyasi doesn’t exactly have metronomic moments, but it does sport some tracks where the band establishes a steady, loping groove. I like these tracks best of all, particularly the two singles: “Vitamin C” and “Spoon”, the latter a Top Ten smash hit in Germany. But elsewhere, where the band spins off into far-out freak-outs, while Suzuki unintelligibly mumbles and/or squawks, I’m lost. Thus “Soup”, the longest track, parts company with me at the five-minute mark. I’d have chopped the tape there and then.

In his liner notes, David Stubbs gives me further cause for concern. “Guitarist […] Michael Karoli later complained that the sessions were frustrated by keyboardist Irmin Schmidt and vocalist Damo Suzuki’s playing chess obsessively day in, day out. He stated that completing recording became a frantic process, with some tracks having to be recorded practically in real time and the single “Spoon” added to make up for a shortfall in material.” Stubbs does goes on to counterbalance this with fulsome praise for the band’s “process of collective telekinesis”, but it’s an observation which I can’t quite get past.

So I’m handing this one back to K, and sticking henceforth with “I Want More”, the band’s sole UK hit from 1976. In fact, I’ll almost certainly be playing “I Want More” this coming Saturday, when I’ll be DJ-ing at a new monthly gig night, just up the road. There may be other Krautrock picks, too; it’s going to be that kind of night. But they won’t be coming from Ege Bamyasi.