It’s the autumn of 1981, and I’m 19 years old. I’ve taken my first tentative steps towards coming out; a few close university friends have been told, all of them sworn to secrecy. But viewed wholly from the outside, the gay world looks alienating and terrifying. I cannot imagine that it holds a place for me.

None the less, I need to know more. I’ve spotted copies of Gay News on sale in a city centre newsagents. It’s time that I bought one.

My heart is pounding with fear. What happens if I run into someone I know, on my way back from the shop? I can’t let them see what I’ve bought. I need to hide it for the journey back.

I hit on a solution. First, I’ll buy an album. Then, I’ll slip the newspaper inside the sleeve. That way, even if someone asks what’s in my bag, I can just slide out the record cover.

The trouble is, I can’t think of anything that I want to buy right now. I’m in Revolver, flicking through the racks in a state of nervous agitation, trying to find something worthy of purchase.

Oh, this will do. It’s a double album, and I only half want it, but it’s the best that I can find. 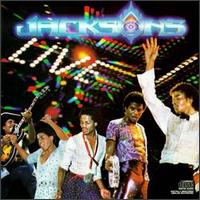 The Jacksons Live! opens with drum rolls, applause, a fanfare. The music stops, and a Jackson brother hollers to the crowd, thrice over, drawing louder cheers each time.

It’s the autumn of 1988, and I’m 26 years old. I’ve been on the gay scene for six years, and I’ve been partnered for three and a half. Every Thursday night, I’m the DJ at Fever, a mixed alternative club night “for lesbians, gay men and their friends”. My friend Mark promotes it and runs the door. According to the wry strapline on our flyers, we’re “An Equal Opportunities Dancefloor”.

House music is nothing new in Nottingham; thanks to Graeme Park at The Garage, we’ve been dancing to it since the summer of 1986. Up until this spring, dancefloors to the south of us have been a bit sniffy about it, but now they’ve caught up. The fabled 1988 “summer of love” passed us by – we just carried on as before – but the big house tunes in Nottingham are now the big house tunes everywhere.

Most weeks, I compile a Fever chart, based on dancefloor reaction. They’re handwritten – we don’t yet have PCs – and I keep them in my Filofax. My current Number One – it spends around three weeks at the top – is the latest track from Todd Terry, who releases tracks under different names.

On this one, he calls himself Royal House. It’s basically a re-jigged version of the previous Royal House 12-inch, “Party People”. Both are based around the same tiny snatch of one of the very first big house tunes at The Garage: Marshall Jefferson’s “The House Music Anthem”, also known as “Move Your Body”. On “Party People”, this annoyed me; I just wanted the original riff to continue in full. But on the more forceful “Can You Party”, the elements snap into place.

This time around, there are more vocal samples. Some of them are already well-worn; Todd Terry is a bit of a hack in some respects, but he’s having his moment, and the tracks work on the floor. So, there’s Malcolm X (“too black… too strong”), and there’s another slice of “Let No Man Put Asunder” by First Choice…

…and there it is again, already familiar to my dancers thanks to The Original Concept, Simon Harris and Bomb The Bass, but did anyone else recognise it from that seven year-old live album?

From timorous closet case, wrestling with internalised homophobia, to co-founder of what we were almost certain was the first mixed alternative gay night outside London, Terry’s Jacksons sample bookended my journey.