Those of you who were brave enough to tell us that none of our scatter cushion choices were quite right: in the final analysis, just before leaving for work this morning, we could only agree with you. Well, none of the colours and patterns really sang, did they?

For the record: our original preference was for Option Four – again until this morning, when we looked at each other and both simultaneously mouthed the dread word: contrived. Option Two nearly had it, but then we thought: can the room really sustain so much redness? After all, we’ll be buying eight of these things; a pair for every corner.

Our next big conceptual leap: each pair should consist of one smaller, patterned cushion, with a glossy sheen to the fabric, and one larger, plain cushion in a matt fabric.

To this end, K scampered back to Multiyork this lunchtime, and returned with a second batch of samples.

This is where we’ve got to. Take a look at the photos below. Now imagine the rear cushion of each pair in a larger, matt version of the background colour, i.e. gold or mushroom.

Today’s question involves a leap of imagination, followed by a straightforward binary choice. Would you favour:

To assist you with matching issues, and to draw your attention away from that small yellow vase (a detail, a mere detail, and easily dispensed with), K has photographed all four corners of the sofa.

(I also asked him to take a couple of wider shots of the whole room, for contextual purposes – but these didn’t materialise, and we had pressing evening engagements to attend to.)

Yes, this is a bit tougher. But you’re all warmed up now. You can do it.

Once more then, with feeling: Bring On The Scatter Cushions! 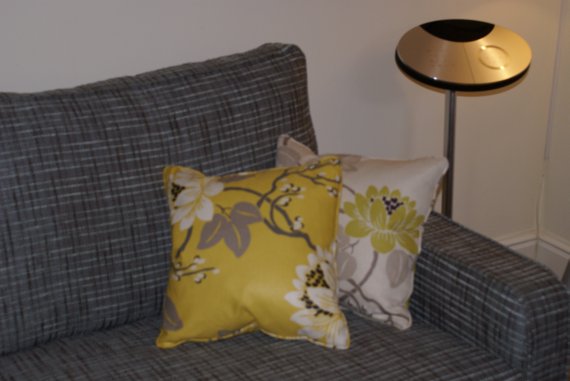 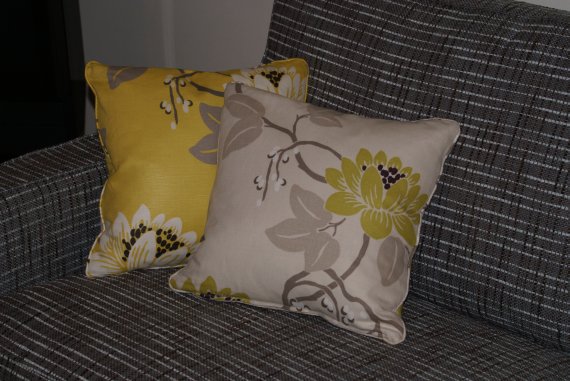