But first: the albums countdown (as it stood at the end of 2004; if I were doing it now, a few positions would be adjusted).

But second: the compilation albums countdown.

But third: the “best gigs” countdown.

But fourth: the full singles countdown, from 90 to 2.

Click on each song title for a write-up. Items listed in bold denote a write-up which is longer than the usual.

Back later, when I’ll be appending this post with the Number One single of 2004. 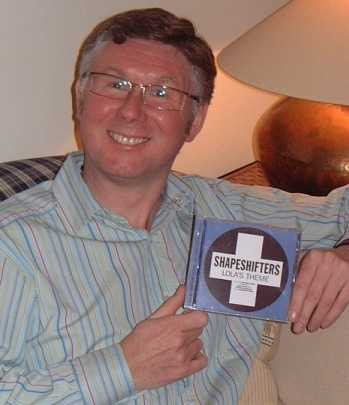 How unexpected that, in a year where it became less relevant to my life than ever before, my favourite two singles of the year should both have emerged from “dance” culture. But then there’s no arguing with this kind of sheer, unassailable magnificence.

What makes Lola’s Theme so special is simply this: that it can single-handedly turn a shit night out into a great night out. Instantly. For during the few minutes that it’s playing, even the bleakest, shoddiest dive on the planet can glimpse transcendence – and even the most wretched of lost souls can experience redemption. As for me, I’m not ashamed to say that I have openly wept to this record in the middle of a crowded dancefloor – and have felt all the better for having done so.

All of which means that, thanks to a cannily timed vote earlier in the day, WE HAVE A WINNER!

Step forward Chav Gav: citizen of Leith, frequently mentioned in dispatches at Naked Blog, and even a very occasional blogger in his own right. (I remember this lurid tale particularly vividly.) E-mail me with your address, and I’ll stick the CDs in the post.

However. I do feel that a consolation prize is due to one poor soul: a dogged tryer in this contest, who has dolefully admitted that he never wins anything, and who came so agonisingly close to tasting victory this week.

dave: The CDs are yours as well, mate.

(How could I ever refuse? You’ll feel like you win when you lose! Oy!)

I hope that at least some of you have enjoyed this ridiculously long and drawn-out spectacle over the last few weeks. It has probably cost me what little chance I had of winning a Bloggie, but f**k it: I still have my integrity, and isn’t that infinitely more important than these mere baubles?

(You know: for a moment there, I almost convinced myself.)

To the rest of you: thank you for bearing my indulgence with such good grace, and I hope that you managed to mine at least some small measure of value from all the trainspotterishness. I know this isn’t a music-blog, and I’ve not even been particularly aspiring/adhering to music journalist values during this series. What I’ve really been trying to do – especially in some of the longer pieces, as highlighted in bold in the list above – is talk about music as it relates to my own personal experience, rather than to the world at large. In this respect, maybe I haven’t really departed so far from “personal” blogging after all.

There will now be a brief refractory period, during which I shall endeavour not to talk about music at all for a couple of weeks or so – at least until the next overblown blog stunt comes along. (Long-standing readers will know of what I speak.) Wish me luck!