Tiebreak round:
This Guy’s In Love With You – Herb Alpert. 4 points.
Fire – The Crazy World Of Arthur Brown. 5 points.
Mony Mony – Tommy James and the Shondells. 6 points. 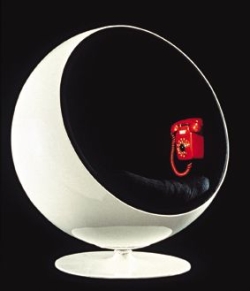 Yes indeed: for the third time in six years, the Sixties have swung it – meaning that either you lot are tiresomely predictable, or else that the music from four decades ago was consistently wonderful.

Looking at this little lot, one has to veer towards the latter conclusion. The creative rush of the beat boom (and its close successor, the Summer of Love) was abating, in favour of a lighter, more overtly commercial sound – but there was still an unmistakeable optimism in the air, as evidenced by all that strident brass, those straight-up boom-thwack beats, that toytown surrealism, and those soaring feelgood choruses.

Sure, Englebert and Solomon did their best to poop the party, but they feel irrelevant to the spirit of the age – especially when compared to the exquisite and heart-melting easy listening of Herb Alpert, one of my best finds of this year’s project. (If you only click on one of the YouTube links, then take a look at Herb in action, and then try telling me you haven’t fallen in love with him just a little.)

Meanwhile, the Heavy Brigade were moving elsewhere, as the first divisions between “serious” and “disposable” began to make themselves felt. It was the dawn of that most obstructive of creatures, the Rock Snob – and perhaps the first example of pop music’s periodic need to shed its skin, and to re-engage with a new set of believers.

So let’s leave the “heads” to sneer at the Amen Corner and the Love Affair, while we more enlightened souls raise a glass (I’ve actually just finished my third, but hey, it’s Saturday night) to our winners… our official, mathematically proven Tops For Pops decade… ladies and gentlemen, guys and gals, I give you… THE SIXTIES!