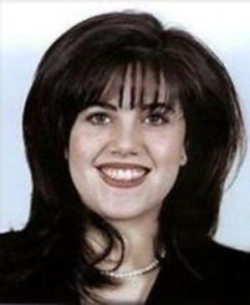 While our 1988 Top 10 began badly, it was in its upper reaches that our 1998 Top 10 floundered the most, with Cleopatra, Celine Dion, the Backstreet Boys and Aqua all placing last. As such, this is another wretched result for our most wretched of decades, which after six years of trying has never placed higher than fourth.

Remember that theory which I aired in the previous post? (And if you’re reading these posts out of sequence, then kindly desist.) Well, I’d argue that the “dropping a generation” theory holds true here as well. With Britpop a spent force, the Spice Girls had heralded a return to “pure” pop – or, as the disgruntled Oasis fans of the day would have it, shallow, manufactured, production line… well, I’m sure you can fill the rest in by now.

And so we had All Saints (on the plus side) and Cleopatra (on the minus side), continuing the boom in Girl Power Pop (for which see also B*Witched, Billie and the aforementioned filles d’espice). Aqua were serving the pre-teens, all the while tipping a cheeky wink to an older crowd who could see through their subversions. Best of all, Usher was in the vanguard of nu-R&B, showing the way forward with his superb You Make Me Wanna. And worst of all, the Backstreet Boys were pointing the way towards all the truly mind-numbing, truly production-line, identikit boy-band balladry that was to follow (yes, of course I mean Westlife).

By 2000 and 2001, this rebirth of “pure pop” had reached something of an apex, with all manner of boundary-stretching greatness charting high. But none of this helps our dear old 1990s, lumbering under the weight of crap pop-rap, coffee-table soul, and the deathless caterwauling of Celine. 1998, was this really all you had to give?