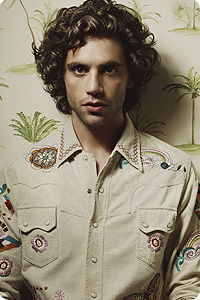 You see? You see? Downloading is changing EVERYTHING.

For why else would the 2000s, after four years of ignominy, suddenly spring into life in 2007? The answer has to lie, in part if not in whole, with the recent changes in the way that the chart is compiled, and with the shift in the singles market from CD to MP3.

Under the new rules, songs can qualify for inclusion in the charts even if they aren’t available as physical CD singles. That “Top 40” display rack in Woolworth’s, Virgin and HMV? It has been rendered null and void, ever since Gnarls Barkley’s “Crazy” reached Number One in April 2006 on downloads alone.

Until the start of 2007, songs were only allowed to chart on downloads if a full CD release was planned for the following week. Now that rule has been scrapped, the whole notion of a single as existing in a physical format has been sabotaged. Any song, from any era, so long as it can be downloaded as a single entity from a legal source, can qualify for inclusion.

At a stroke, this demolishes the short-term marketing strategies which had contributed so effectively to the devaluation of the Top 40 over the last ten years or so, and whose early effects can be detected in our 1997 selection. The techniques of building up demand through pre-release airplay, or of mobilising a committed fan base to snap up multiple format copies of a single in its first week, or of heavy first-week discounting to ensure a speedy purchase – all of these fall by the wayside, if all we have to do is log on to the iTunes music store as soon as we hear something we like, search, click, and cough up our standard 79 pence.

As a result of all this, songs are once more permitted to rise gradually and gracefully up the charts, as their popularity spreads outwards. Few songs crash straight into the Top 10, only to drop out of the Top 40 three weeks later. And equally importantly, the singles-buying demographic has widened once again, restoring the charts to their status as an accurate gauge of the nation’s favourite tunes. Just like it used to be in the old days, when Engelbert and Petula sat next to the Beatles and the Stones.

How could all of this not lead to a rise in the overall quality of the Top Ten, if only from the perspective of an older audience such as thee and me? You may not personally care for all of the singles featured in our representative sample, but you have to admit that they’re a diverse and interesting bunch, with next to nothing in the way of out and out crap. (Yes, even that Akon and Snoop single works, in its own way.) Basically, I can see a reason why people would genuinely like all of these tunes – and that’s not something that I’ve been able to say for a lot of the shit that the 2000s have flung at us thus far. (“Reminisce” by Blazin’ Squad, I’m looking at YOU.)

And so I, for one, am rejoicing. For if the 2000s still have it in them to finish second, then that suggests two things. Firstly, that the quality of chart pop music is not in a state of inexorable decline after all. Secondly, that the readers of this site – few of whom are under 25 – aren’t incapable of appreciating and fairly evaluating new pop music, even long after they have ceased to “follow the charts”.

It gives me hope, people.