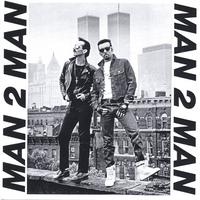 It was February 1987, and Great Britain had, allegedly, Never Had It So Good. To ensure a landslide victory for the Conservative Party in the forthcoming general election, Chancellor Nigel Lawson had over-heated the economy to a degree which bordered on the reckless. The ace in his pack was the systematic privatisation of publicly owned utilities – a policy which sought to make grubby, short-termist shareholders of us all, with nothing more elevated on our minds than making a nice little return on our investments. This had coincided with the “Big Bang” in the City of London, which deregulated the financial markets and led to a feverish rush of share-dealing. London property prices were beginning to move sharply upwards, and the post-Election stock market crash known as “Black Monday” was still eight months away.

The age of the Yuppie was upon us: an almost mythical figure, to whom we were all encouraged to aspire. The “If You See Sid, Tell Him” campaign for the privatisation of British Gas was possibly Yuppie culture’s defining moment, ushering in a bizarre period in which it was seen as deeply cool to be working in advertising.

And of course, to complement the Yuppie look (striped shirt & braces) and the Yuppie lifestyle (Docklands apartment, red Porsche 911), one needed some suitably aspirational Yuppie pop. Something with the veneer of cool, but without any bothersome substance. Something with hair gel and shoulder pads; Fairlight synths and Jazz Sax; fake soul and plastic funk.

In other words, something like Curiosity Killed The Cat, Five Star and Pepsi & Shirlie (if you were young); George Michael and Level 42 (slightly older); Crawfords Randy and Michael (older still) – or, for the champagne socialists, the Blow Monkeys (but stick them on the CD player during your dinner party, and no-one would be any the wiser). Dance music? You’ll be wanting some latter-day Hi-NRG cheapo knock-offs, suitable for swinging your gold lame puffballs down at Stringfellows.

1987: you were the last gasp of Eighties Style Pop, which had begun so promisingly at the start of the decade (ABC, Human League, Soft Cell), but whose initial attempts at daring, subversion, and wit had gradually rendered down to mere vapid meretriciousness. And as for any musical legacy: this year’s unpredecented fourth place speaks volumes.